(From the June/July 2008 issue of StarDate magazine)

Astronomers may soon be able to “weigh” the supermassive black holes in the hearts of spiral galaxies just by measuring how tightly their spiral arms wrap around their cores, according to early results of a project led by Marc Seigar of the University of Arkansas at Little Rock. 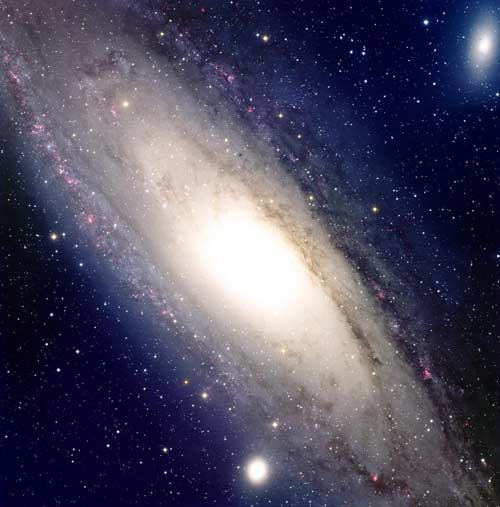 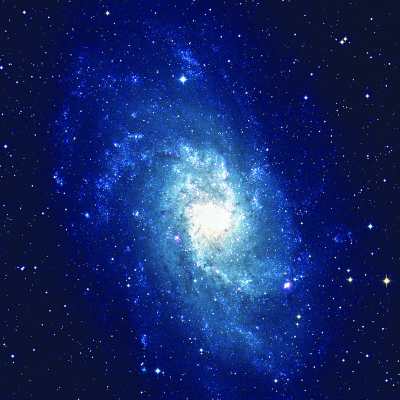 “Just take a snapshot of the galaxy and measure how tightly wound the spiral arms are,” Seigar said at a media briefing at the American Astronomical Society conference. If the technique is confirmed, it might yield black hole masses for galaxies that are up by eight billion light-years away.

Seigar’s team has studied Hubble Space Telescope pictures of 27 galaxies. In some cases, the spiral arms wrap tightly around the galaxy’s center, like a mother swaddling a newborn child. In others, the spiral arms are loose and open.

Seigar cited two well-known examples, the Andromeda and Triangulum galaxies. Andromeda’s spiral arms wrap tightly around the core, which contains a black hole that is 30 million to perhaps 180 million times as massive as the Sun. Triangulum’s arms, on the other hand, are much looser, and various techniques show that its central black hole cannot exceed 1,500 times the Sun’s mass.

Seigar suggested that dark matter may play a role in increasing the mass of a galaxy’s central black hole and the tightness of its spiral arms: higher concentrations of dark matter exert a stronger gravitational pull, tugging more “normal” matter toward the black hole and tightening the core’s grip on the surrounding spiral arms.

The team will observe more galaxies at greater distances from Earth and use various techniques to measure the masses of their central black holes to see if the correlation holds up for all galaxies. Since more-distant galaxies are also younger (because we see them at earlier times in the universe), the observations will show if the correlation between black hole mass and spiral structure changes as galaxies age.

Today, astronomers measure the masses of black holes by studying their influence on the orbits of nearby stars or gas clouds, the energy produced by surrounding disks of superhot gas, or the gravitational effects on the light from objects that appear “behind” the black hole. These techniques do not work for all galaxies, though, so the spiral-arm technique would allow astronomers to estimate the masses for many more black holes. — Damond Benningfield